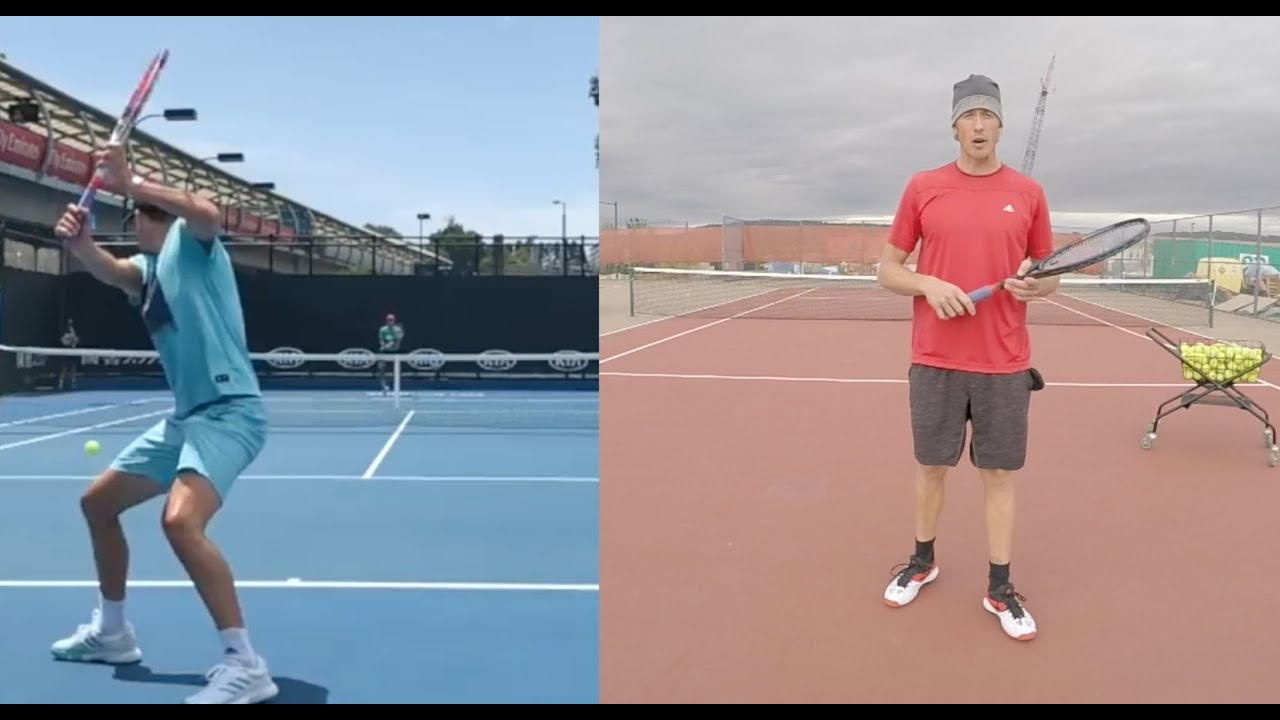 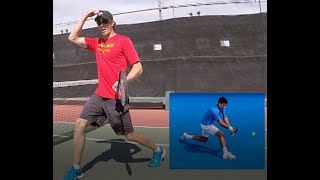 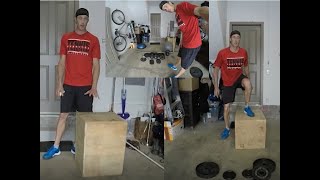 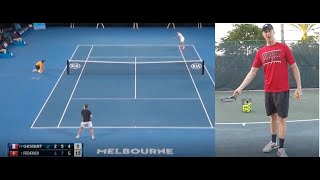 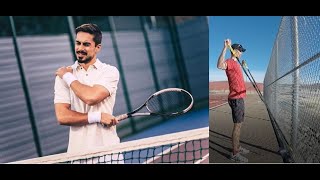 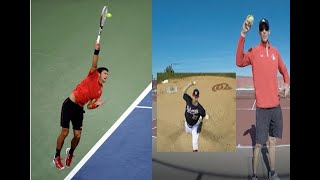 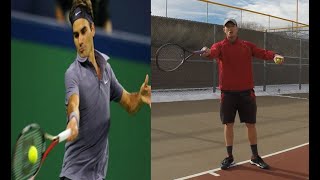 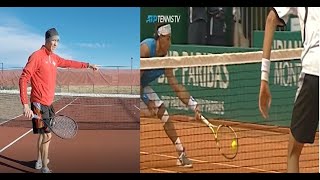 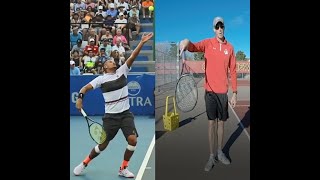 Why And How To Serve And Volley

In Brad Gilbert's book, Winning Ugly, he mentions that the serve and volley player is the only type of player that there are no defenses for if they are playing well. This should put things in perspective of how effective it can be. It also is intimidating to do it so having a well versed education on the serve and volley will help. Let's begin!

With racquet technology making it easier than ever to hit a hard ball from the baseline, the game has transitioned to a baseline to baseline exchange for the majority of rallies. We forget that the the racquet technology also gives more power on serves, allowing for weak returns to be put away into the open court via a volley. This also is a great strategy to keep your opponent from getting to comfortable on the return of serve. By mixing in serve and volleys, you are able to put more pressure on their returns and not allow them to just block the ball back.

When To Implement It

As mentioned before, using it as a surprise tactic can keep your opponent on guard. You can also use it when you see a return pattern that you can exploit. For example if your opponent chips the ball back on the backhand every time, you can come in and have a easy floater to take advantage of. This will also make your opponent try to come over the ball on the return, prompting more return errors and free points for you. Lastly, if you are getting tired during long points, this can help shorten points up and allow you to stay fresh on the court for a longer period of time.

One thing I do not recommend is to just start serving and volleying during your upcoming matches. It takes some time to get this down. In fact, don't expect this to be easy if you haven't tried it before! Let's look at all the elements of a good server and volley.

The Serve: I would highly recommend warming up your serve or even practicing it with the mindset that you are going to go to the net after the serve. This means you should be taking a few steps into the court after your serve regardless if it goes in or not. Often players will warm up their serve and then try to serve and volley but miss horribly. This is because you have to toss the ball more in front of you and think about having poise with not rushing the serve but also get to the net quickly. It's not easy so make sure you practice accordingly!

The Footwork: Check out the clips below but you'll notice that the top players will never make it to the service box before they stop and adjust to the return. This is because they must stop right before the return is hit so they can make the proper adjustments (forward, back, side to side) to hit the volley in a controlled body posture. To pull off a great volley after a serve, you must use quick feet to make those adjustments mentioned above. This requires you to be in good shape as you have to stay low (to change direction faster) and react quickly with your feet to the ball. Try sprints, side to side suicides and jump roping. Anything to get you to the net faster will give you a better chance of winning.

The Volley: This blog isn't going to talk about the technique of the volley but rather on the correct placement of the it. For example, if your opponent hits the ball at your feet, do not hit it at an angle. Keep it in front of you deep or short (drop volley) to allow you to cover most of the court. In fact, do not hit crosscourt on your volley unless you have a high chance of hitting a winner or strong enough volley that your opponent has to be defensive. If you do not do this, you will most likely leave the court open for an easy pass. Try thinking of hitting drop volleys to pull your opponent in on your terms. This makes them have to hit up on the ball and give you a great chance of winning the point. Think of it this way: how many times does a player practice running forward for a short ball when their opponent is at the net? Very rarely. The less reps they have had it gives you the upper hand in winning the point.

The Overhead: When you start getting good at this style of play, opponents are most likely left with trying to get you off the court by lobbing the ball. This is their last ditch effort in trying to win the point. Don't let them off the hook. Make sure you practice the overhead as much as you volley. It's going to be hard for you to keep your confidence up to continue serving and volleying if you're missing overheads.

Not moving towards the ball: a lot of players tell me that the faster balls are easier to handle as a volleyer rather than the slow ones. This is the case because the player doesn't move forward. Always look to move towards the ball. It takes time to practice this. This connects to your side to side movement as many players do not move forward as they go sideways to the ball (In a "V" direction). Try this drill if you want to work on this:

Lack of Anticipation: Your opponent has only so many options when they are trying to give you a tough volley or get it by you. Watch their body language. Most often they give away that they are lobbing the ball or hitting down the line vs. cross court. If you hit a weak volley, don't just stand their, guess or just move to the side where the open court is. Most often you will guess right and will have a play on the ball. This will also get your opponent to think about where you're going rather than focusing on the ball. Consider the situation as well. If you hit a strong ball to their weaker side they will most likely try to lob you. Also, cross court is four feet longer than down the line so watch out for the lob to go in that direction.

Shot Selection: There tends to be a common mistake for volleyers to just hit deep into the open court, which usually is cross court. Remember, that leaves the down the line shot wide open for a pass. Consider keeping the volley in front of you or if you do hit it cross court, hit it short. As mentioned before, it will put your opponent in an awkward situation that they haven't practiced before (coming forward on a short ball while you're at the net). This can be the same case for the serve, meaning consider hitting your serve at the weaker side of your opponent to get an easier volley to handle. Also if your opponent is hurting you crosscourt on the returns, hit your serve down the middle, limiting the angles your opponent can have on the return.

Mindset: A lot of times, players think the volley is for them to hit a winner. Don't think like that. Instead pressure your opponent into hitting high risk shots. This is easier to do than to put pressure on yourself to hit the perfect volley. Just think of it as if you were gambling. Try to put yourself in a position that you will win over 50% of the points when you serve and volley. This is a winning strategy and keeps the risk out of your play.

Want to improve Your Movement?

Want to work on your movement? Check out the video below on my top 3 favorite exercises to help you move better on the court!